The present work has for main objective the elimination of the textile dye Maxilon Red (MR) by coupling two processes, adsorption on activated clay followed by photocatalysis over the wurtzite ZnO. The influence of the physical parameters like the initial pH, adsorbent dose of the activated clay, MR concentration and temperature has been studied. The best adsorption yield occurs at neutral pH ~ 7 within 60 min with an adsorption percentage of 97% for MR concentration of 25 mg/L and an adsorbent dose of 0.5 g/L. The data were suitably fitted by the Langmuir model with a maximum adsorption capacity of 175 mg/g. To investigate the adsorption mechanism, the adsorption constants were determined from the pseudo first order, pseudo second-order and intraparticle diffusion models. It was found that the MR adsorption is well described by the pseudo second order kinetic. The thermodynamic parameters ΔH˚ = -17.138 kJ/mol, ΔS˚ = 32.84 J/K.mol, and ΔG˚=−6.419 to−7.329 kJ/mol with rising temperature from 25 to 50˚C indicated that the adsorption is exothermic and spontaneous. The second part of this work was devoted to the photocatalytic degradation onto ZnO under solar irradiation of the residual MR concentration, remained after adsorption. In this respect, the effect of ZnO dose and MR concentration has also been investigated. The photo degradation rate reached 99% under irradiation within 90 minutes under the optimum conditions. The parametric study showed that the elimination is very effective by photocatalysis, based essentially on the in situ generation of free radicals •OH which are non-selective and very reactive. The present study shows that the activated clay is an effective low-cost adsorbent for the removal of Maxilon red from aqueous solution. 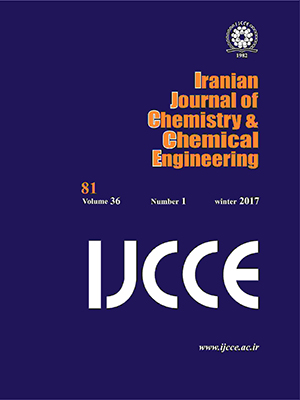